As a Bengal cat breeder I am responsible to do the very best by the breed. I take that responsibility seriously.  At Ashmiyah Bengal Cats no short cuts occour in our program.  Instead we dedicate ourselves to the health, temperament and quality of the breed.

Our breeding program is focused on producing healthy kittens with fun-loving personalities. They need to be confident and well-adjusted members of their new owners homes.

To do this our breeding Studs and Queens must all meet our high standards.  We only work with cats who display sound health genetics, superb temperaments, exceptional structure and outstanding coats and patterns.

Quality in our Cattery is never compromised.

Ashmiyah Bengal Cats was foundered in 2009.  We have built a legacy of breeding trust over that time.

All Bengal cat breeders should have conducted the following genetic health tests on all of their breeding cats.  In our opinion there are no excuses for these tests to not be done prior to breeding a Bengal cat. The outcome of breeding with genetically comprimised cats is unacceptable.

No carrier cats have ever been used in our breeding program.

No carrier cats have ever been used in our breeding program.

No positive cats have ever been used in our breeding program. 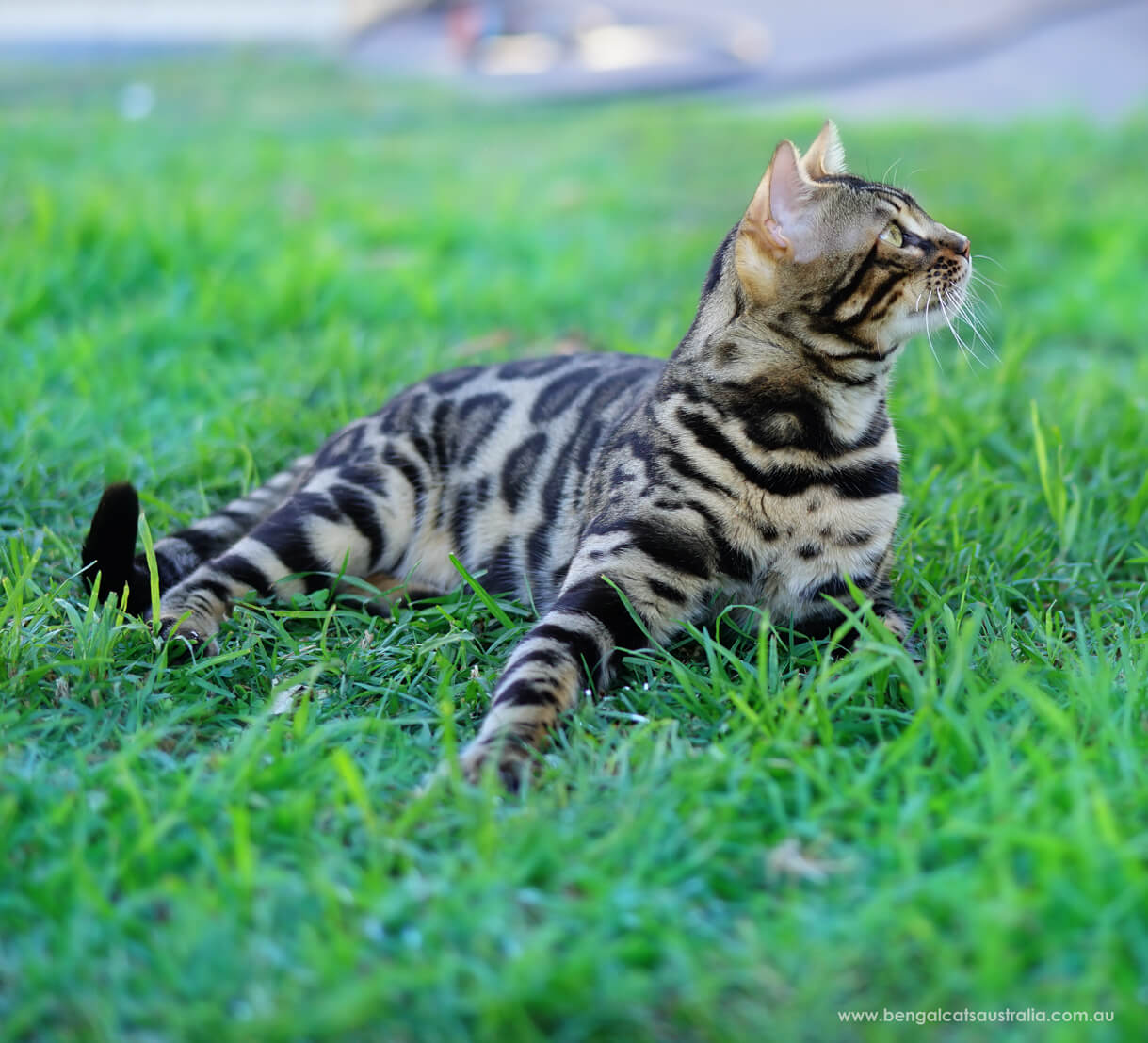 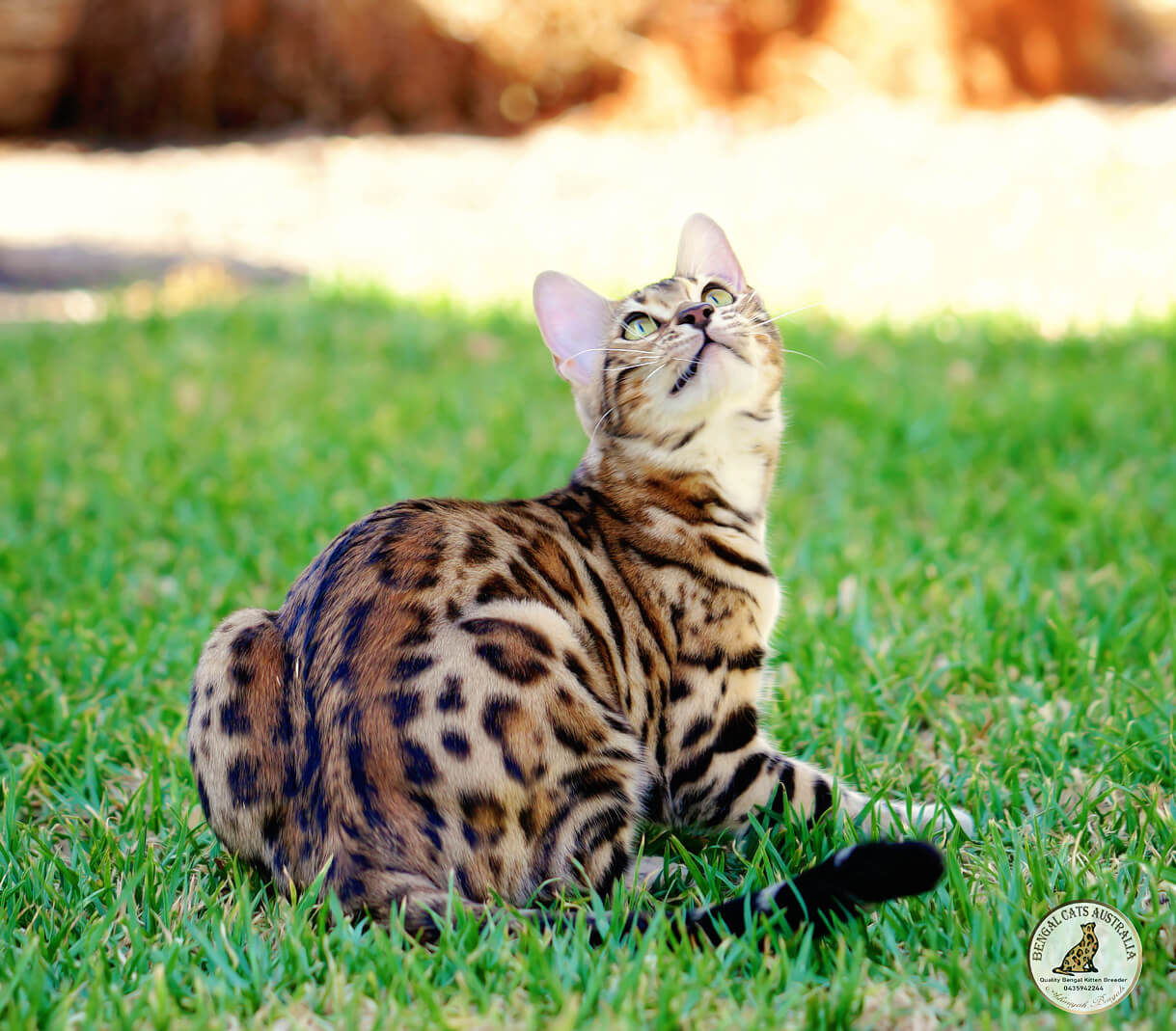 Jean Sudgen Mill, the founder of Millwood Bengals worked extensively on creating the Bengal breed.  She advocated endlessly to see the breed gain recognition.  Jean did not want to see the Bengal remain as a hybrid, instead she tirelessly worked on moving the breed forward by breeding down generation after generation to create a fully domesticated cat with the wild features we all love and adore.

One very instrumental cat within the Bengal breed is Millwood Tory of Delhi.  Tory was added to the Millwood breeding program in the 80s. Jean imported the special domestic street cat from India to her home in California.  Tory was an exceptional cat. His coat boasted a rich colour tone and he also had a rare glitter gene which made many of his hairs translucent (light reflective).  This glitter gene passed down from Tory is highly sort after within the Bengal breed.

In today’s world of Bengal cats, conscientious breeders continue to breed forward with the aim of perfecting the traits, features and health of the breed we’ve all grown to worship.

How the Bristol Cat breed helped the Bengal Cat breed

The Bristol cat was a hybrid which was being developed in Texas in the mid 1980s. It was thought to be of Margay or Ocelot heritage. The breed was registered with The International Cat Association but due to infertility the breed did not expand.

The Bengal cats carrying Bristol bloodlines were known to have lovely small ears, very robust type and a rosetted coat pattern.  These very special cats introduced genetic diversity and certainly helped to lock in some extra traits and features seen in many of today’s Bengal cats.

More extensive information about the Bristol Cat can be found at: Lost Breeds Bristol Cat

Through the unrelenting efforts of the Bengal cat breeders mentioned above we now have a spectacular, refined breed. It’s important for all Bengal breeders to be diligent in ensuring the breed progresses for many generations to come.

About The Bengal Cat

In Australia it is illegal to own or import any Bengal cat which is less than 5 generations removed from the Asian Leopard cat.

There’s some fantastic information about the Bengals in this video.